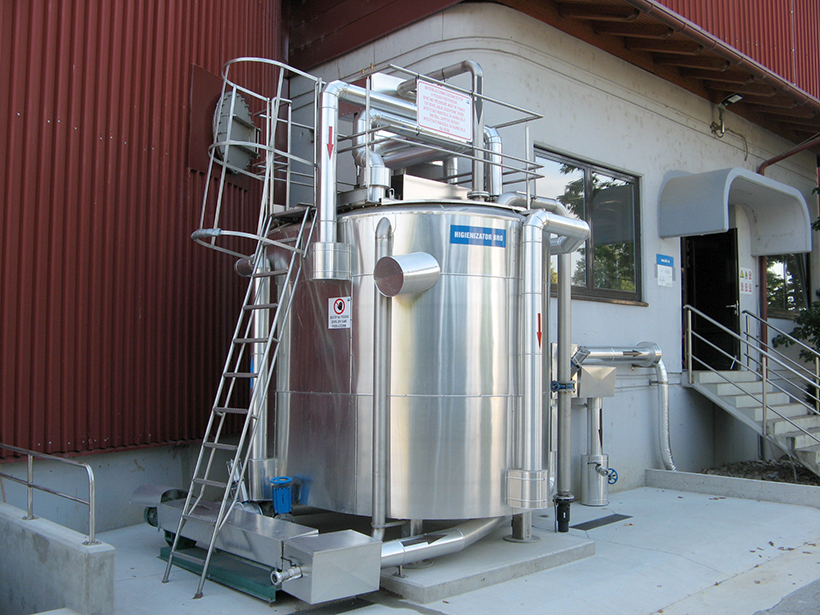 The resulting biogas is stored in the gasholder while the digested sludge undergoes a mechanical thickening in a centrifuge until the content of dry matter reaches approximately 30 percent. Thickened sludge is stored at the disposal site ready for final disposal. The pumps then transfer the water or centrate, the product of centrifugation, to a storage tank where it undergoes deammonification.

Biogas is a mixture of approximately 65 percent of methane, 34 percent of carbon dioxide and 1 percent of other gases. After digestion, the biogas passes from the gasholder through a column containing activated carbon, which removes impurities, such as organic silicon compounds, solvents and sulphide., The biogas is used to fuel biogas engines to produce electricity. The electricity produced covers over 90 percent of the plant's energy needs, and provides all the heat energy required by the wastewater treatment processes. Any excess electricity generated goes back into the electrical grid, while flares dispose of any excess biogas.